The History of Emmaus Bible Correspondance School in Spain

In 1938, Dr. R.E. Harlow, a missionary in the Belgian Congo, had a burden to start a school in North America where an interested person could receive intensive Bible training. He travelled to Toronto, Canada, where he, along with John Smart and Ernest Tatham founded Emmaus Bible School in 1941.

The following year, they started Emmaus Correspondence School to reach even more believers who could not physically come to their night school. In 1948, the correspondence school had 17 titles in English and distributed more than 2,000 courses. These courses were translated into many languages and were used by missionaries around the world. 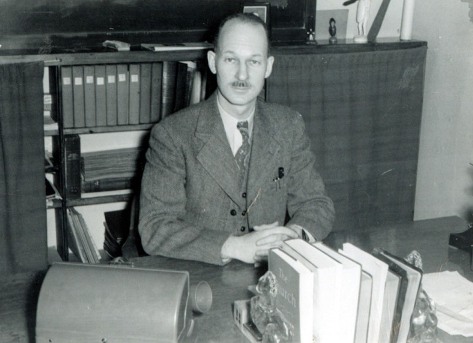 Growth of the Correspondence School

Due to the vision of William MacDonald to use the courses not only to teach Bible students but also to share the gospel with those who had never heard, several courses were written to explain the gospel clearly. A missionary in the Philippines, Cyril Brooks, began to transmit sections of these evangelistic courses on the radio, offering the complete course upon request.

This idea of using radio began to be implemented by others, thus expanding the work. (By 1965, there were more than 35 titles in English and at least one title in 80 different languages.)

William MacDonald also had a vision to reach prisoners and wrote several titles to meet prisoners needs. Since the 1980’s, their ministry in prisons has flourished. Today there are over 100 titles in English with at least one title in 120 different languages or dialects.

Emmaus courses were brought to Spain in the 1960’s by an American missionary, Don Dunkerton. He and his coworkers established an office in downtown Seville where the Word of God was taught and distributed to the rest of Spain.

When Don left Spain several years later, he passed the responsibility of the courses to Evangelism in Action, a Spanish organization in Madrid. In 1997, Evangelism in Action, wanting to dedicate their time and resources to other forms of evangelism, passed the ministry of the courses to Gilberto Vargas and Mark Hartley. Gilberto Vargas continues as the present director in Spain.

As the work has expanded, G. Vargas has dedicated his time to overseeing the translation of new Spanish courses as well as editing, digitalizing, and printing the courses in Spain. M. Alemán has been the key player for the translation and editing.

Following the interim period from 1997 to 2005, all of the grading in Spanish is done by the offices. The Central Office opened in 2006 with J. Gutierrez as grader; the Southern Office in 2010 with F. Perea as grader; and the Northern Office in 2012 with T. Urraca as grader. Due to the various languages used in the country, there are also people helping with the courses in English, Romanian, Portuguese, etc.

The 35 Spanish courses available in 1997 has increased to 65 courses at the present time. This has required four changes in the curriculum over the past twenty years. The latest curriculum, established in 2014, consists of 60 courses in five sections. Each student is asked to follow the set curriculum in order to get a well-rounded Bible education. The goal is to provide good Bible training for anyone who desires to learn, and to get the gospel into the hands of those who have never considered the claims of Christ.

How We Got Here

American worker, Don Dunkerton, brought the courses to Seville and opened an office. He left them in the hands of Evangelism in Action when he returned to the States.

The administration of the courses was passed from Evangelism in Action to two independent workers, M. Hartley and G. Vargas.

As the student load increased more people were needed to grade the incoming courses. A blue collar worker and his wife took up the challenge in their living room.

A prison guard who ministered to prisoners with the courses was encouraged to begin grading the courses in the large community of Andalucia.

A hospital clerk saw the courses as an opportunity to minister to others from home and joined our rank of graders.

We now offer a set curriculum of 60 courses to give a well-rounded Bible education free of charge to anyone who is interested.

Who We Are Now

We are a volunteer group of the Lord's servants who desire to serve anyone who takes the challenge of studying the Word of God. Our courses teach the inerrant Scriptures, interpreting the text for what it says. Our graders seek to answer the student's questions according to the Word of God. At present we have around 400 students in Spain, some of whom are in the prisons.
Learn More About Us
© 2023 Cursos Emmaus España. All rights reserved. Designed by CarinTek Website Design
en
es
Home Courses Curriculum Sign up for Courses About Us Our History Contact